Chung To is the Founder and Chairman of Chi Heng Foundation (“CHF”), a charity registered and based in Hong Kong. Under its AIDS Orphans Program, CHF has cumulatively helped over 20,000 students whose parents have died of or are dying of AIDS in Central China by sponsoring their education and providing many care services.

Born in Hong Kong, Chung immigrated to the United States as a teenager and received a bachelor’s degree at Columbia University and a master’s degree at Harvard University. After graduation, Chung worked in investment banking for 10 years with several European and US banks in New York and Hong Kong. While working in Hong Kong, Chung founded Chi Heng Foundation and began working on AIDS education and prevention projects in China on a part-time basis. In 2002, after realizing the seriousness and urgency of the AIDS problems in China, Chung decided to put his banking career on hold and devote full-time to helping AIDS-impacted children in China on a pro bono basis.
Despite political sensitivity and other difficulties, Chung developed a systematic and sustainable program which currently sponsors the education and psychosocial care of over 9,000 children whose parents have died of or are dying of AIDS in eight provinces in China. Viewed by many as a best practice model of its kind, the program has become the largest nongovernmental effort focusing on helping children impacted by AIDS in China. In addition to its direct service programs serving AIDS-impacted children and other vulnerable groups, Chi Heng has also raised significant awareness of AIDS among the public through organizing exhibitions, launching media campaigns and giving talks in universities. Named as “Ten Future Leaders of China” by People Magazine and “Ten Model Citizens in China” by Phoenix TV, Chung has been a visionary leader in the NGO field, contributing to the development of civil society in China through constructive dialogue with government leaders. Chi Heng’s program has been personally visited by supporters like former U.S. President Bill Clinton and NBA basketball star Yao Ming, and has received support from numerous organizations, such as UNAIDS, Standard Chartered Bank, and The Global Fund. In 2006, Chi Heng became the recipient of the inaugural “Public Service Award” from the Asia Society.
In addition to his involvement with Chi Heng, Chung was also a Board member of AIDS Concern, an AIDS NGO in Hong Kong, for four years, including serving as its Chairperson in 2003. He was appointed by the government of Hong Kong to the Community Forum on AIDS (formerly AIDS Prevention and Care Committee) in 1999 and the Advisory Council on AIDS in 2008, serving both until 2018. Chung was featured as “Ten Anti-AIDS Heroes in China” in 2004 by People Weekly Magazine in China, and as “Ten Most Touching Persons” in 2005 by China Charitable Foundation. He was a recipient of a “Ten Outstanding Young Persons” award of Hong Kong in 2003 and of the World in 2006. Chung has received numerous international awards as well, including the “BNP Paribas Prize for Individual Philanthropy” (2010), and the “Ramon Magsaysay Award” (2007).

For a complete listing of all awards received to date by Chung To and those received by Chi Heng Foundation under his leadership, please click here.

Awards Received by Mr. Chung To 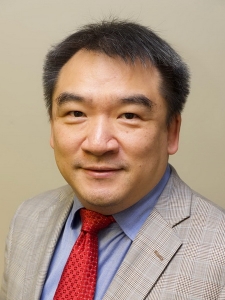