Royson Ng immigrated to Canada from Malaysia in 1991 and had a success story that is an inspiration to many. He was the president of Samtack from 2000 to 2015 and, in 2005, was the recipient of the Entrepreneur of the Year award given by the Association of Chinese Canadian Entrepreneurs (“ACCE”). Voted one of the ‘Top 25 immigrants’ in Canada, Royson was featured on Canadian Immigrant magazine and, in 2010, was the recipient of the IS RBC Immigrant Advantage Award as well as the Chinese Canadian Legend Award. From 2009 to 2010, Royson was the president of ACCE and a member of its diversity forum. Currently, he is the CEO of Worldbond Inc., specializing in eCommerce marketplace fulfillment platform.

Being a founding co-chair of Chi Heng Foundation Canada and having served for several years on the board of the Toronto Region Board of Trade and the advisory board of Seneca College’s Confucius Institute, Royson was named a “Portraits of Giving” honoree for Markham in 2014. You will also find him sharing his “Canada: Day 1” experience at the Canadian Museum of Immigration at Pier 21. 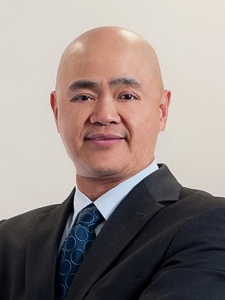